so I found about couchers.org on Reddit. Name made me smile because one of my mother tongue is french.

french plural like in english is with an “s”, but it is mute.
English words in “er” imported in french are modified into “eur”. For instance rocker → rockeur, rapper-> rapeur, see among others in Le Robert: 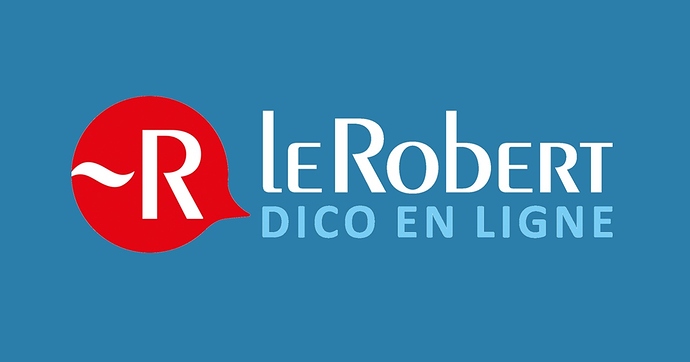 in plural it’s then rockeurs, rapeurs, etc, and the “s” is mute.

so “couchers” is going to be uttered “coucheurs”

“couch” is a Middle-Ages french name for “bed”, it did travel with the french-normand nobility over the Channel after Hastings and Guillaume Le conquérant. In contemporary french it became obsolete, quaint, long ago. Instead the verb “coucher” is used in pronominal “se coucher” for “go to bed”, but otherwise “coucher” means to “bed with someone”. For instance: “il couche avec elle” = he ‘beds/sleeps’ with her.
“un coucheur” is a “beder” ie. a guy who ‘beds’ actively, or for a girl “une coucheuse”.

the echo of the name couchsurfing in french is a different affair,“couch” doesn’t evocate/trigger at all “coucheur” in that case, for some it’s just the medieval “couche” and for most it was confused with “coach”, because many french speakers are more exposed to that word like in “the coach of a sport team”.

some 15 years ago when I spotted the website (back then almost empty) couchsurfing.com, the name puzzled me, because I didn’t know what “couch” was in english. So, it meant “sofa” or “divan”. Well, but then the idea of “surfing” a sofa felt very weird to me. You surf the waves, you don’t surf a sofa…

the name hospitalityclub had the advantage of being less english-centric and more explicit about well … hospitality.
Instead surfing a couch isn’t about the hoster, but about the sofa. Back then I was thinking that 's the difference between yuropan hospitality and yanqi bizness or utilitarism.

anyway the name “couchsurfing” which is not easy to pronounce in many languages, did stick.
Now, no longer surfers of sofa, but next step, des coucheurs

btw, I see that you coucheurs team, do write couchsurfing with the appended TM (trademark).
As for me CS can’t use a common name as a TM. “couch surf, couchsurfer/couch-surfer/ing” seems to be an american slang related to transient life style and semi/temporary homelessness. This is documented online before CS existed.
Also in song, the canadian band Bran Van 3000 and their 1996 album with the song “Couch surfer”:

Move into your house, I’m a couch surfer

Can I crash at your place again?
Just one more night?

I’m couch surfing, I’m a couch surfer
Locked on the inside,
I’m locked in but you locked me on the outside,
Inside of no longer me,
Move to tears beyond into a pond of cool quivers,
My being shivers,
I’m pure energy beyond the sun,
I’m utterly complete union.

Mind if I eat those chips?
Oh that’s okay,
I don’t like salt and vinegar anyways.
No no no, I didn’t use pay-per-view.
I figured it was free.

btw, I see that you coucheurs team, do write couchsurfing with the appended TM (trademark).
As for me CS can’t use a common name as a TM. “couch surf, couchsurfer/couch-surfer/ing” seems to be an american slang related to transient life style and semi/temporary homelessness. This is documented online before CS existed.

I agree with this, I think we should take back the narrative of “couchsurfing” and show that it’s really about the spirit of sharing our cultures, not about the platform itself!

back the narrative of “couchsurfing” and show that it’s really about the spirit of sharing our cultures, not about the platform itself!

yet, historically, the word couchsurfing is about freeloading or at least free accomodation only, not about whatever hospitality exchange nor cultural tourism. Quite ironic, huh?

The name always irked me and I never was able to talk of “surfer” or “surfing”, When I was getting requests asking if they could “surf” my place, I did decline.

“couchers” is not much different.

anyway, I put this thread just for the fun, but yet the name “couchers” is totally silly

Hi Antonio! Nice to see you here. I hope you don’t mind I changed the title of your post to make it more accessible and specific to what your post is about so that others can easily jump into the discussion.

A lot of people have come forward with concerns about the name Couchers.org, me included. Got any good suggestions?

I agree I think for the time being Couchers is OK but I think something better needs to be thought up. If you’re going to create something new then do it properly and try and come up with a decent name that isn’t an obviously a rip off of the Couchsurfing name.

Hey Archer, welcome to the forum! Thanks for your comment. In some ways it could be good to have the familiarity of the word “couch” in the name. As well, coming up with a good name could be easy but getting the domain name or making sure it hasn’t been used before, not so much.

Just playing devil’s advocate, since I’m not particularly fond of the name either. I do think people will get used to anything once it gets around, though.

Like Antonio said, even “Couchsurfing” was hard for some to adapt to but everyone came around in the end!

A good name takes time - there is no rush to come up with a good name - I remember the very first time I ever heard the name “Uber” - I was sat on a train home and the people on the other seats kept saying “Shall I order an Uber” … lets get an Uber home … I had no idea what they were talking about but I soon looked it up when I got back home.

I’ve had the very same problems trying to come up with good names myself for past projects, in this case there’s no huge rush.

lot of people have come forward with concerns about the name Couchers.org, me included. Got any good suggestions?

I don’t really care but just pointed out couple silly quirks, and yes mainly the name “couchers” which as I explained becomes “coucheur(s)” in french. A coucheur (coucheuse for a girl) is a guy sleeping with someone.

couchsurfing.com became basically to hospex what Windows is to pc OSes, so whatever weirdness with the name doesn’t matter at that level and native english speakers don’t give a toss about the rest of us, culture and language wise anyway.

You people, do not write on your landing page, that you will put together an hospex network, but that you will kind of correct couchsurfing. So you came with the name couchers.org.
Well if I was you I would just go frontal against CS with a name like couchsurfer. something

my link to the video/song of that Montréal band Bran Van 3000 was to show that couchsurfer(couchsurfing was not a creation of “Better world by travel” the former organization of Fenton, nor of Couchsurfing International Inc., it’s just a slang. So you can very well use a domain like couchsurfer.net/org/etc, in order to attracts audience through Google.

hello everyone, I would like to propose some alternative names which are not related to coach or sofa etc… Something more related to the adventure.

something includes VISIT, TRAVEL, FREE, SHARE, GUEST etc… these kind of words. For examples VISITORS.com (which is taken but just an example)

If we’re moving the purpose away from “couchsurfing” into more “community and friends”, I thought we could play on the word Amigos. It’s internationally understood to mean friends and exudes some level of warmth - and it’s not taken by any big names yet (i.e. widely recognised as another platform).

So maybe WeAreAmigos.org? But yeah, it might come off as a bit generalist

Would love to hear more name ideas so we have a list of choices in the future in case we do want to change the name!

I kind of liked couchers, but have to agree with Antonio that it’s impossible in French (and maybe even in other languages given the kind-of-french soundbite “Voulez-vous coucher avec moi…” and its catchy yaya dada tune).

Two things I liked about “Couchsurfing”:

So maybe a fantasy word invention that allows for a neologism?

I had similar concerns about “amigos,” which could definitely be construed in a racist way (unfortunately) or insinuating something, at least in the US context… not sure that it would sound right.

So maybe a fantasy word invention that allows for a neologism?

Yes, a wordplay, a new sound… just wanted to stress a name wouldn’t need to be literal about hospitality, exchange, travel.

For example I like the word ‘taula’. It’s a stone age structure from the balearic islands, set up around sanctuaries. But just to share a nice word

In general I agree very much with what has been said so far: a good name can take time, and on the other hand people can get used to most names!

“Taula” means “table” in Catalan. That’s why the stone age monument gets this name, because it looks like a table.

“Taula” means “table” in Catalan. That’s why the stone age monument gets this name

Ah dang!..i thought it was the other way round

It’s idd easy to say in daily life but personally think that couchsurfing is even a bad name. It should be never about the (free) couch, it should be about the cultural exchange so the name of the platform should be neither related to it. Really love the name TrustRoots for example.

I found out about the previous common usage of “couchsurfing” only now, really, but it sure explains all the reddit posts by teenagers kicked out by their parents looking for advice! So before I really found it a perfect name, assuming it had been made up just for the site.

yes, many people around, who have not been investigating a bit contemporary colloquial variants of english, do thing that the fact of offering free accomodation online was the creation of Holy Saint Fenton and the site couchsurfing.com …

I was not joking when I wrote than in order to benefit from the occurrence of couchsurfing on Google, this project’s site could be simply couchsurf/couchsurfer dot something. These words and expressions are documented in paper print and on line long before CS.
The registrant of the domain name must just be outside USA and possibly nowhere in the british spin-offs I guess, but then this project here is Australia based :((

Another issue with the current name. As it’s a not-too-uncommon word in French, our site goes under in noise when googling “couchers”. Something made-up (not necessarily fictitious; TS and, to an extent, WS are rather unique combinations, too) would fare better.